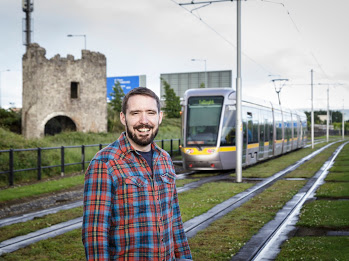 Liam is a county councillor representing Tallaght Central on South Dublin County Council. He was elected in 2019 after a campaign based on positive environmental action that puts working people at the centre, prioritises the needs of our most vulnerable and seeks for decision-making to be made at the lowest effective level. He engaged in activism from his late twenties when it became clearer every day — in his work and in his engagement with local politicians — that the current system had no interest in taking the radical steps needed to combat the climate and biodiversity crises. Liam grew up in Clondalkin, moving to Tallaght in 2009 where he lives with his wife and daughter. He is a civil servant, working in recruitment for the civil and public service.